We don’t eat steak very often, but when we do, it’s always so good I wish we had it more often! Today’s recipe is a PERFECT, savory summertime meal that doesn’t require a ton of work for a delicious and healthy payoff! 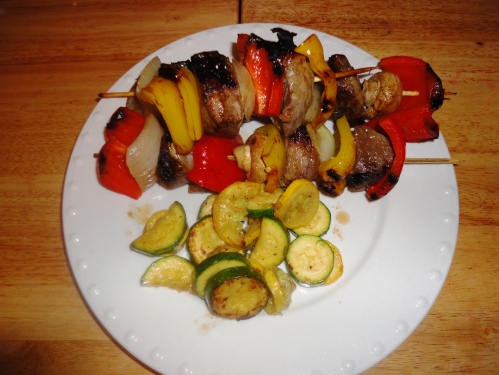 Today’s recipe is a bit of a guilty pleasure… but everyone deserves one once in a while. This Fettuccine Alfredo with Mushrooms is surprisingly simple to make, and I receive so many compliments whenever I do. Perfect for a weeknight dinner when you want to indulge. I’ve combined the best of a few recipes I like to form this one, which really works for me. 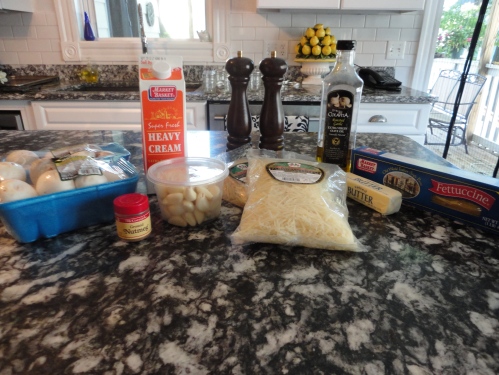 Sit back and ENJOY!

I usually stick to a vodka soda when it comes to cocktails, but I love to mix it up in the summer. And since I really want to squeeze every last drop out of summer this year, what better way, than with a fruity drink? 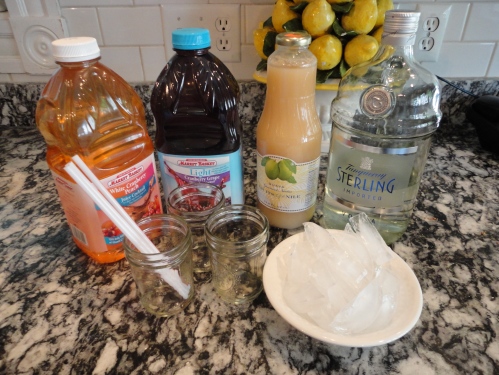 Recipe:
Start with a mason jar that’s a good size for a drink (mine are 8 oz. jars, but 12 oz. would be great, as well). Fill the jar to the brim with ice and add vodka, peach juice or cranberry juice and nectar juice.  Measure your straws so that they’re approximately 2 1/2 inches taller than the  jar and cut them (I am obsessive about straws and I always cut them so they fit perfectly in whatever  glass I’m using. True  fact – I even recently started drinking my morning coffee with a straw. So strange but I love it now). Squeeze a slice of lemon into the drink, stir and serve! 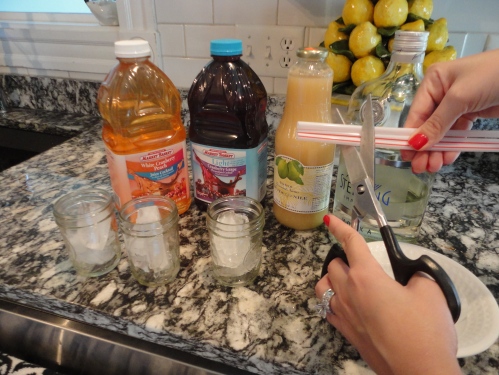 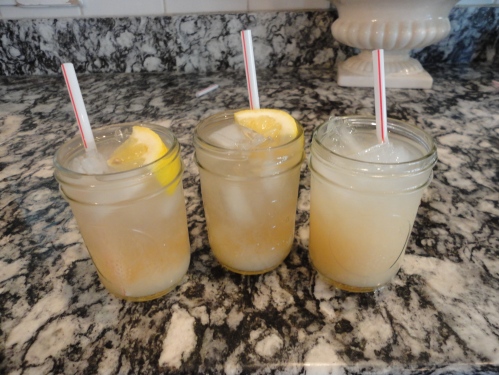 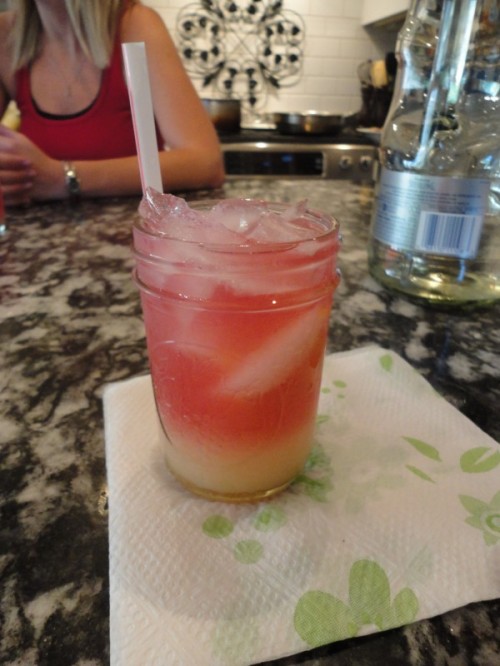 The nectar is heavier than anything else in the cocktail, so it slowly sinks to the bottom, making a pretty layered effect.

Bargain: Want to know where to get adorable mason jars on the cheap?? We snagged ours at Market Basket for a STEAL.

Chicken and Mushrooms in a Garlic White Wine Sauce

So yesterday was the one day of the year when I tried being a good wife by cooking up something delicious for dinner (I kid, I kid…..sort of). Here’s the thing with me- I don’t cook often, but when I do, I make some really good recipes. I’m not bragging, but usually people who don’t cook regularly will make mac and cheese from a box and consider that to be legit. That’s not me- I’ll make really involved recipes that usually turn out really well and wow Jonathan. It’s just that I’ll go a long time in-between each of these cooking excursions. But last night I felt like making something. I had chicken, and I had a white wine that I wanted to use. So I perused the internet until I found THIS, and decided to give it a go. Not only did it end up being fantastic, but it’s healthy too! Take a look:

Heat a large skillet on medium heat; when hot add 1 tsp butter and 1 tsp olive oil. Add chicken to the skillet and cook on medium heat for about 5 minutes on each side, or until chicken is no longer pink. Set aside in a warm oven.

Add additional oil and butter to the skillet, then garlic and cook a few seconds; add mushrooms, salt and pepper stirring occasionally until golden, about 5 minutes.

Add wine, chicken broth, parsley; stir the pan with a wooden spoon breaking up any brown bits from the bottom of the pan. Cook a few more minutes or until the liquid reduces by half. Top the chicken with the mushroom sauce and serve.
(Source SkinnyTaste.com) 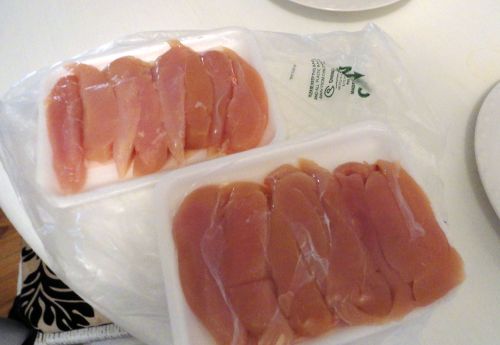 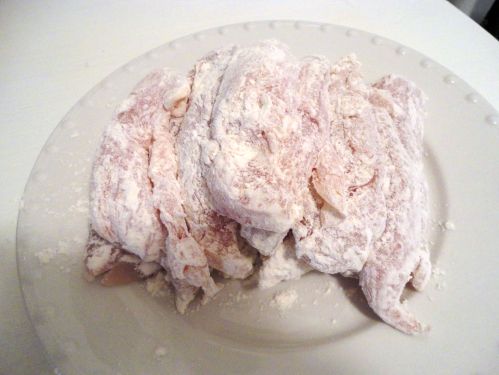 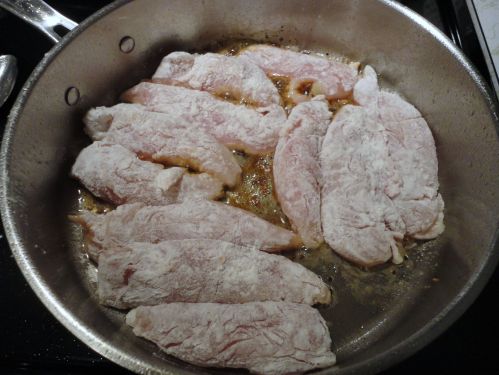 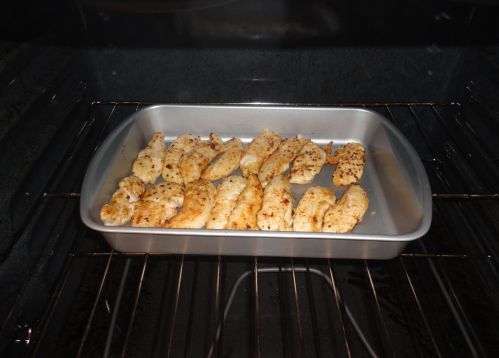 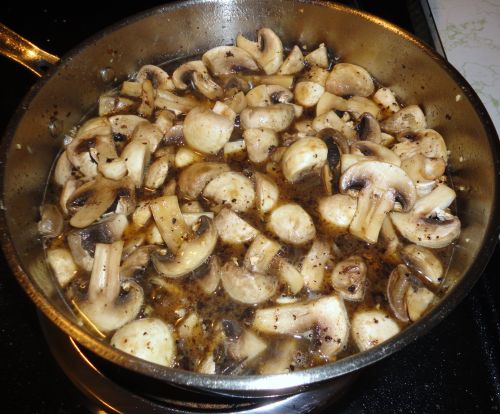 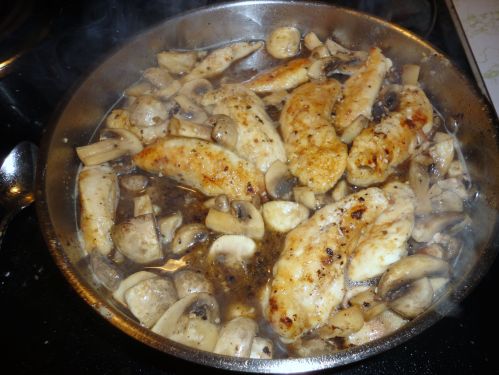 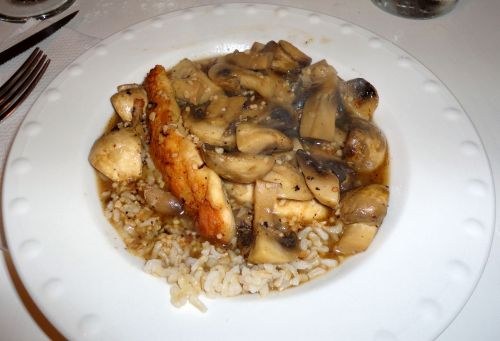 Now, here’s the thing – I totally messed up and FORGOT to add the chicken stock. I know, I know…. Also, I decided to use about a cup of white wine, instead of what the directions suggested, which I really liked. Finally, I decided to serve this over rice, but only had some boil in the bag brown rice, and I must not have used enough water, because the rice soaked up everything and the bag broke and it was a hot burnt mess. Salvageable, but a mess none the less.  All in all though – this turned out to be a delicious, easy week night meal that’s good for you too! Jonathan and our occasional house-guest (my sister, Alyse) both LOVED it.

Make sure to check out the link to look at the nutritional stats!